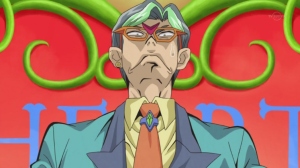 Once again, I didn’t get any snapshots of the games I played today. I was visiting my sister, brother-in-law, niece, and two nephews today. I can tell you what I played with my nephews, though. They love Lego games, so today I have been playing Lego: Batman 2 and Lego: Star Wars: The Complete Saga. I’m going to get fired from this video game journal business if I don’t get back on track.

Ain’t that the truth.

Have I ever mentioned how much I love Yu-Gi-Oh? Because I love it a lot, even with its illogicality. I have watched all of the series, except for a couple of episodes near the end of 5Ds and some of the more recent episodes of Zexal. And of course I haven’t watched the episodes of Zexal that haven’t been dubbed yet (unless they’ve already finished that series, in which case I am extremely behind). For those of you who don’t know, Yu-Gi-Oh is an anime in which a group of kids (or adults like in 5Ds) save the whole world by playing a children’s card game and defeating the bad guys at said card game. And there’s that illogicality. Nevertheless it is an entertaining show, and therefore I enjoy watching it. By the way, if you can’t read the picture, I am terribly sorry about that. It says “THE FUTURE. The only place grown men can play Children’s card games on motorcycles”. 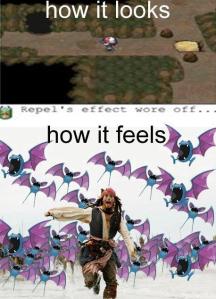 This picture effectively describes what it is like in any cave in Pokemon.

Well, that’s all for now. Later.